Gold prices have broken hard to the upside during the trading session on Wednesday to finally clear the key $1,835 resistance level – a boon for gold owners, who have been surprised at the yellow metal’s flat price performance in the face of persistent inflation data. Gold has now broken out of a 5-month range and is poised to test higher levels.

The move came on the back of a stronger than expected consumer price index report that showed that U.S inflation continues to accelerate. U.S inflation hit a 30-year high of 6.2% year-of-year for October, and was also very strong in China, rising more than 13%.

Economists are also predicting that inflation likely has further to rise, in contradiction to the central bank’s continued assertions that inflation will be ‘transitory’. This comes after U.S Treasury Secretary Janet Yellen said earlier this week that she expects price increases to level off, and that the U.S will, ‘go back to inflation that’s closer to the 2% that we consider normal,’ – reiterating that the Fed won’t allow inflation to hit 1970’s style double digit inflation.

However, price increases have spread well beyond the parts of the economy most disrupted by Covid lockdowns. Key drivers, like hot housing markets and a global energy crunch, show few signs of fading away soon. As a result, investors scrambled for inflation hedges, sending U.S tech stocks sliding, Treasury bond yields up, and gold jumped, as expectations for faster interest rate increases to combat inflation also rose.

“We’re going to see the inflation picture get worse before it gets better,” said Sarah House, senior economist at Wells Fargo & Co in a Bloomberg interview. She doesn’t expect much relief before next spring. 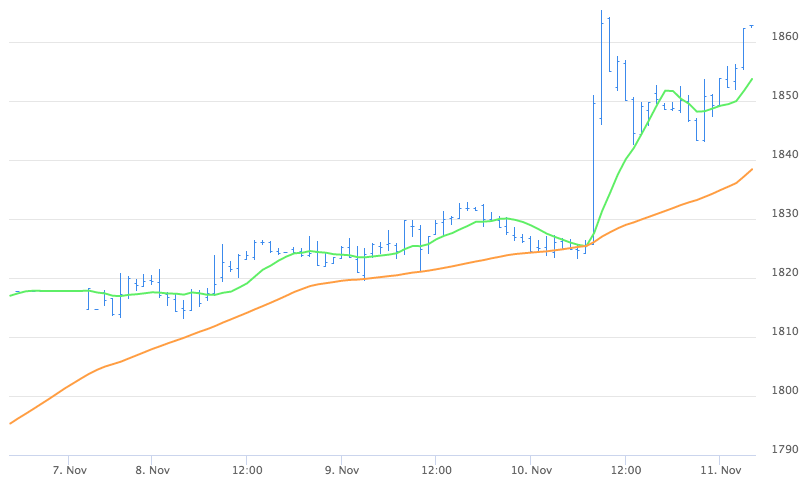