Gold prices continue to trade around the $1,800 mark and, more broadly, seem to be sandwiched between the band of $1,750 and $1,830/oz. This range-bound behaviour appears to be a ‘friendly’ area between two groups of buyers and sellers – those holding up the $1,700 mark firmly and those suppressing anything above $1,812/oz.

This is likely because we’re nearing the end of the year, a period rich in economic data, specifically linked to a period during which markets were opening up post the Covid-19 lockdowns. Corporate earnings releases, inflation and employment figures, manufacturing data, and other telltale data are being released en masse, so traders seem to be evaluating the health of major economies, as well as trying to determine how monetary authorities will react in terms of policy, as a result.

The U.S Dollar retreated, and U.S Treasury bond yields came down again, as bond and currency markets are bracing for the Fed to announce a tapering of asset purchases as an initial step to eventually raising interest rates to contain inflation. However, as economic data globally continues to be mixed, and economic revival is further clouding the picture as the pandemic is making a comeback in parts of the world, bets are rising that discussions around tapering are merely discussions.

That being said, with inflation data showing no signs of it being transitory, and energy and food prices rising worldwide, some pundits are expecting a forced rise in interest rates – in an attempt to stem persistent inflation. Lon Erickson, portfolio manager at Thornburg Investment Management, wrote in a note, as cited by Bloomberg: “We expect volatility in financial markets to remain high as not only the Fed, but other central banks around the world, extract liquidity to combat the rise in inflation. We’ve started to see the market price in earlier policy rate moves, perhaps losing confidence in the ‘transitory’ nature of inflation.”

For gold owners, if inflation continues and central banks raise rates as a result, gold will be the safest hedge – and if central banks continue to keep interest rates near zero to boost economic activity and weaken their currencies, gold prices should rise.

In South Africa, the petrol price is set to increase to a record R19.54 a litre, the fourth increase (7%) in the past five months as inflation bites. The Rand gold price is up 7.5% in that time though, increasing nearly R2,000 per ounce to R27,630/oz. 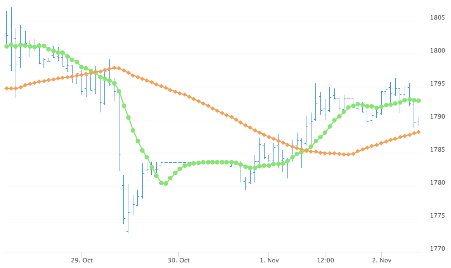