Gold prices ended the previous week spiking above the $1,780/oz mark on the back of disappointing U.S payrolls data, and has further been looking to stabilise with eyes on a bullish correction toward $1,800.

The jump came as a result of a big miss in U.S employment data when a report for September U.S Nonfarm payrolls showed payrolls rose by just 194,000 in the month, compared with forecasts of over 500,000.

Since then, gold has remained range-bound between $1,750 and $1,765 as markets await inflation data out on Wednesday, which along with the above payrolls miss, can significantly impact the Fed’s tapering decisions.

Professor Nouriel Roubini said in an interview with Bloomberg this week that the Fed could start to taper this year, but that if they were to taper and you have a shock to markets like in Q4 2018 – where you have ‘bond yields going higher, credit spreads going higher, the stock market correcting sharply, and the economy slowing down very sharply,’ –  then they’re not going to be tough on inflation and will ‘wimp out’ on tapering.

U.S 10-year Treasury yields once again moved above 1.6% – the highest since June this year – and the Dollar has seen recent strength which kept the lid on gold (the Dollar Index is at a 12-month high).

Gold owners and investors should look at Wednesday’s inflation figures for short-term movements in gold, but understand that Fed policy is more bark than bite, in terms of reducing the speed of the printing presses. 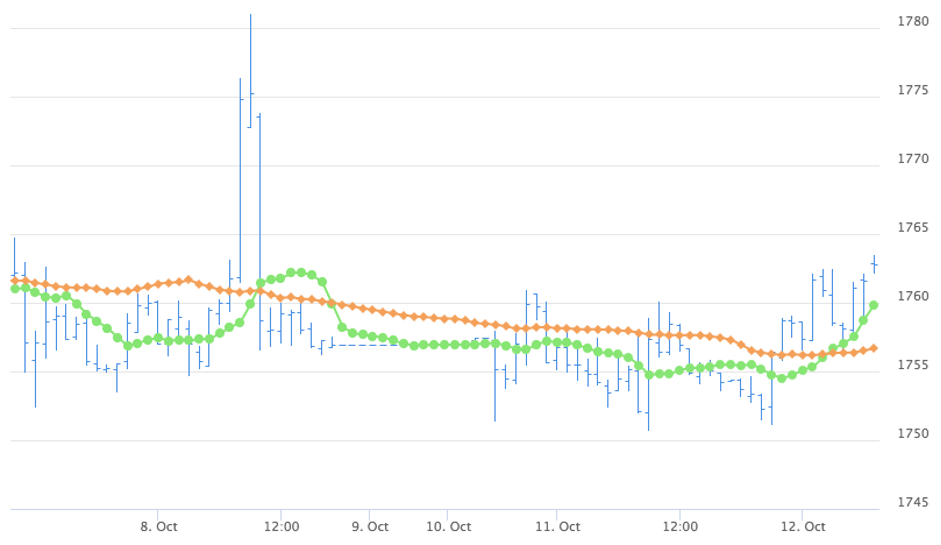