Gold prices sank 2% (-$35) in Thursday trade on news that U.S retail sales rose unexpectedly in August. Gold prices had been trading between $1,786 and $1,798/oz recently, but started its decline on Wednesday, after breaking above the $1,800 mark on Tuesday.

However, data released on the same day by New York Fed showed a slump in services business activity in the region in September – indicating softer growth, and the conclusion that much of the surprise retail sales numbers were as a result of stimulus checks sent to Americans by the U.S government. In short, the U.S economic growth is still stuttering, as Americans buy consumer goods made in Asia, with Dollars printed and handed out in the West.

The data influenced US bond yields, sending bonds down sharply and rates up – the U.S 10-year Treasury yield rose 3.8% to 1.345%. This bump in rates, which is the main factor impacting the gold price, coupled with a concomitant rise in the Dollar on the news, drove gold prices down sharply.

The market will be watching the Philly Fed Manufacturing Index and the usual Weekly Initial Jobless Claims data out later in the day. 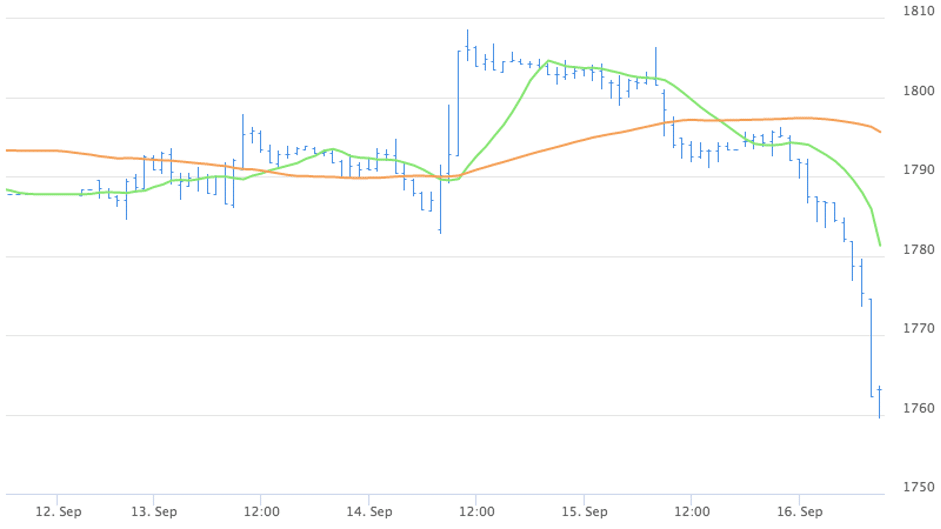