Gold prices continue to trade sideways at the start of the new week, as the safe haven remains range-bound ahead of key U.S economic data this week: CPI inflation data will be released on Tuesday, and retail sales on Thursday.

Gold prices have traded between $1,786 and $1,798/oz this week – remaining below resistance seen near the 50-day moving average, at 1,798 and support around $1,780/1,785. This indicates the bears had control at the start of the week and hence the price remains submerged below pressures of the psychological $1,800 level.

A Bloomberg article on Tuesday mentions inflation forecasts, stating: ‘August data due Tuesday is set to show annual growth in U.S. consumer prices stayed above 5% in August for a third straight month, according to Bloomberg surveys. The median forecast was 5.3%. Most other developed countries have seen a spike too — just not nearly as big [as the U.S].’

The inflation data is important because it affects the likelihood of when the U.S central bank will start reducing its money printing measures – and because the prospect of reducing stimulus is something that bids up bond yields, it could provide downward pressure on the gold price in a higher yield environment.

The latest consumer poll by the New York Federal Reserve, published Monday, showed U.S. households expect inflation to stick around 4% over the next three years. With the U.S 10-year Treasury bond yield near record lows at 1.339%, and the 30-year at 1.917%, one should still see negative real interest rates in the U.S persisting for years – a sure boon for gold going forward. 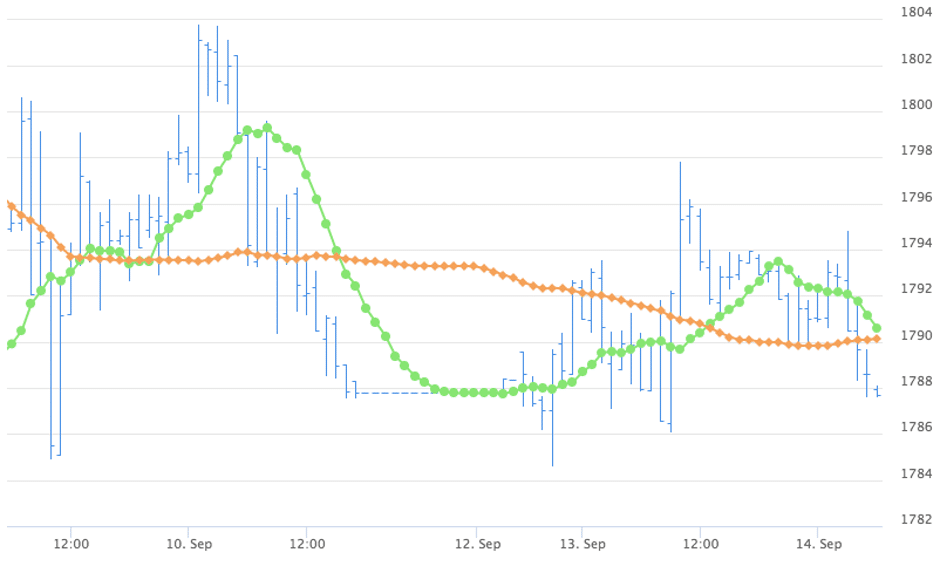