As per our view in last week’s Nugget commentary, the gold price was awaiting U.S employment data to find direction – after having traded in a stable range between $1,805 and $1,820/oz.

The reason for this was the U.S Fed stating that their policy changes would be dictated mostly by U.S employment data: tapering their money printing if employment showed positive signs of recovery, versus maintaining their dovish stance in the event of a non-performing U.S labour market.

The latest U.S Non-Farm Payrolls data was released on Friday, showing that the world’s largest economy added only 235,000 jobs in August – the smallest gain in seven months – boosting chances of a delay in the Fed announcing tapering. This pushed gold up $20 (+1.15%) on Friday, to $1,834/oz, bumping up against the key resistance level of $1,835/oz.

Markets will keep a close eye on whether the price breaks below or above those levels, so watch for U.S Dollar and interest rate moves, as well as any new info from the Fed before their September FOMC meeting. For now, stability ensues… 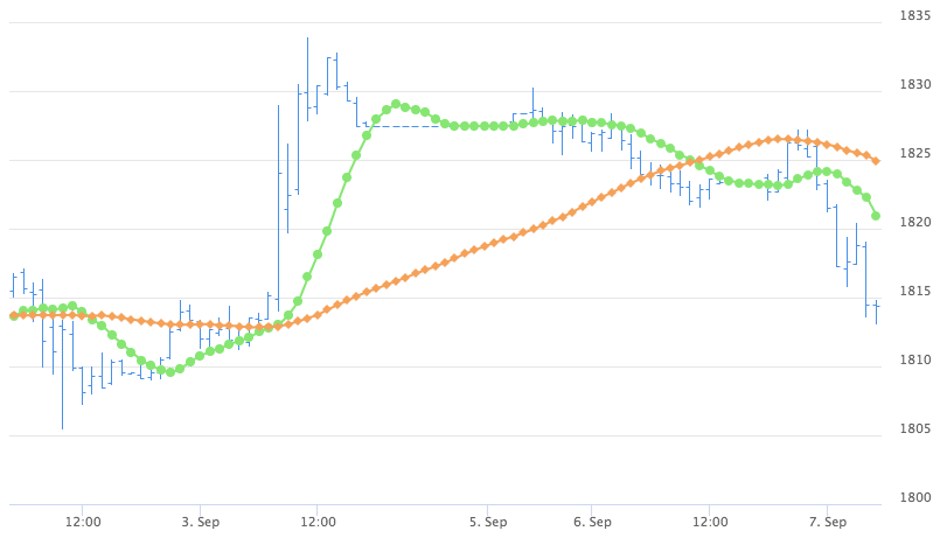