Gold jumped $35 on Friday last week, reaching $1,823/oz, on the back of the Fed Chairman’s statement that interest rate hikes were not imminent – and that there was ‘much ground to cover’ before their employment targets are met.

During last Friday’s Jackson Hole Symposium speech, Fed Chair Jerome Powell said that the American central bank would look at tapering their money printing measures, by way of reducing their monthly $120 billion in bond purchases, as early as the end of this year.

One would have expected gold to correct slightly on the news. However, the fact that Powell reiterated the Fed’s policy mandate has shifted to full employment in the U.S economy, means that interest rate policy will remain ultra-loose until effectively the U.S job market has recovered substantially – a reality which relies on the re-opening of the economy amidst a stubborn Covid delta strain outbreak.

This pulled down the US Dollar, which has boosted gold at the start of the new week as well – the safe haven is trading range-bound between $1,800 and the strong resistance level of $1,835.

Markets will await U.S jobs data (U.S Non-Farm Payrolls) to be released later this week, which should still make for choppy trading until clarity on the Fed’s next move. 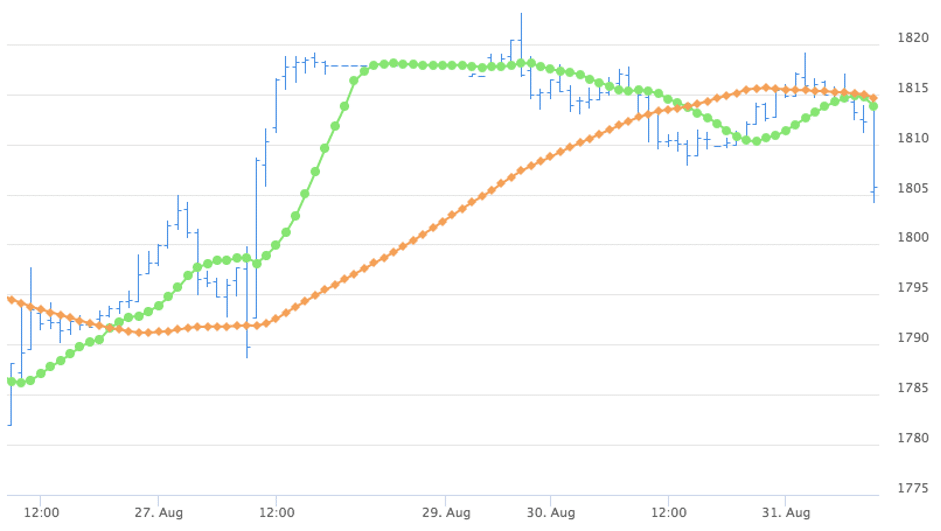