Gold prices briefly slipped below the $1,800 mark as the U.S Dollar Index reached its highest point in three months – restraining inflows into the safe-haven metal despite a rise in COVID-19 cases, which puts economic recoveries at risk.

However, U.S Treasury Yields rebounded 12.56% from a five-month low – gradually increasing to 1.2707 – as virus news puts a damper on expectations for the U.S Fed to taper bond purchases.

This week, investors will focus on a critical European Central Bank policy meeting happening later today. The ECB is expected to keep stimulus strategies intact, to boost inflation, and even redefine their inflation target mandates.

Gold prices still lie on a precipice of a potential rally or a correction, as the Federal Reserve’s rate decision on the 28th of July approaches. Earlier this month, Fed chair Jerome Powell, stated that rates will be kept at near zero until the economy has fully recovered from the pandemic – a positive for gold investors.

In other gold news, analysts at Goldman Sachs expect commodities to “rebound sharply” in the next three to six months, forecasting that gold prices will reach $2,000/oz. The investment bank backed its statement by saying it “does not expect widespread lockdowns,” to be put in place due to the new Delta variant. 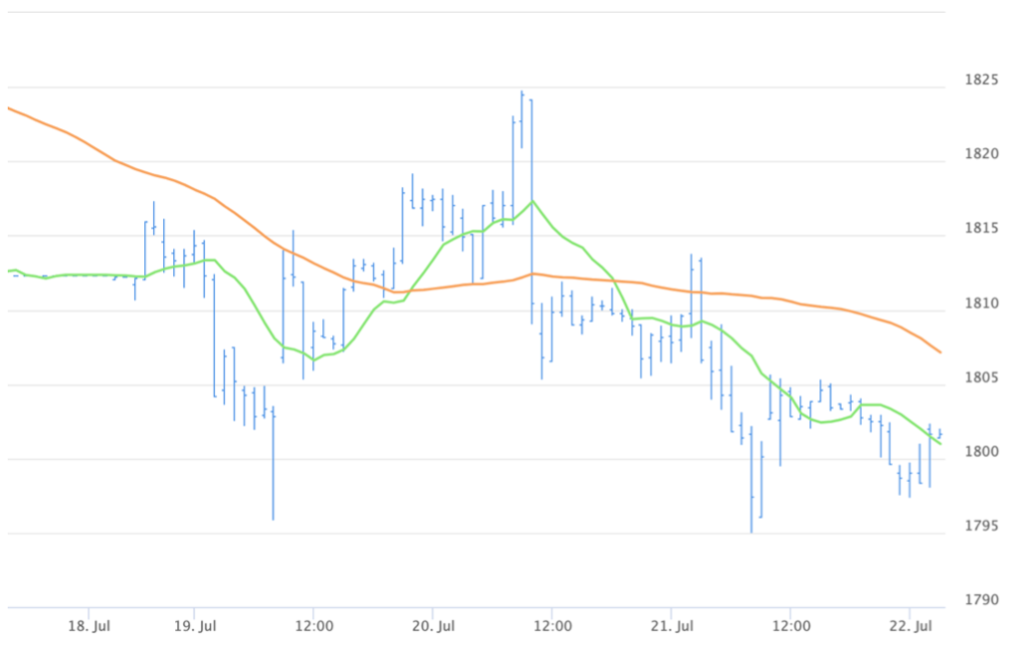