Gold prices jumped 1.36% ($24.5) from Monday as higher than expected CPI data created a tailwind for gold – strengthening the yellow metal’s hedge against inflation. Consequently, the U.S Dollar Index fell 0.55% after the remarks of the Fed Chair’s testimony before congress. U.S Treasury Yields fell by 6.31% from its high on Wednesday dropping to 1.33% on Thursday.

Federal Reserve Bank Chair, Jerome Powell, stated in his testimony before the House Financial Committee on Wednesday that “inflation has increased notably and will likely remain elevated in coming months”. This comes after data released this week showed U.S. inflation spiked to 5.4% y-o-y, its biggest jump since 2008.

There was still no well-defined indication (from the prepared testimony of Powell) as to when the Fed will start to change its monetary policy. Fed officials, however, have started to discuss how to slow their $120 billion monthly government-backed bond purchases – something that looks ever more unlikely after the latest price data.

The U.S Central Bank will keep interest rates at near-zero for longer, as Fed officials have stated that it will only change its policy when the economy has fully recovered and inflation is at above 2%. 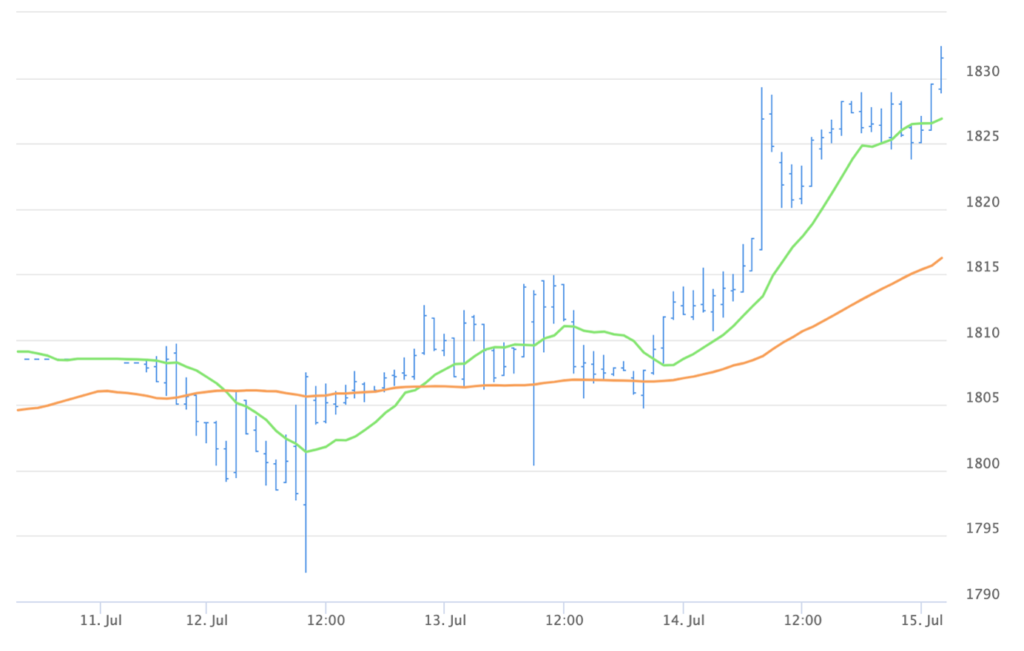