Gold Above $1,900 Again on Fed Uncertainty

Gold increased 2% from its five-day low, pushing above $1,900/oz again on Tuesday on the back of a withdrawal of 0.6% in the dollar index over the past five-days.

Investors are expecting U.S. inflation data and clarity on when the Fed might start tapering economic support measures. Consequently, if the Fed continues their uncertainty on their strategic plan this week, gold prices may see another move higher.

The Fed’s comments about transitory inflation in prices is misleading, as increasing the money supply is the very definition of inflation. The same Fed that says it has inflation under control, has increased the M2 money supply parabolically – now surpassing the $20T marker.

The U.S. Treasury Secretary, Janet Yellen’s, comments are keeping gold under pressure as she stated on Sunday that U.S President Joe Biden’s fiscal spending plan would be good for the U.S, even if it contributes to rising inflation and results in higher interest rates.

Investors will be taking note of the Fed’s forward guidance on tapering, but look for real inflation signs in Thursday’s U.S. consumer inflation report,  as well as the Fed’s stance in next week’s central bank monetary policy decision. 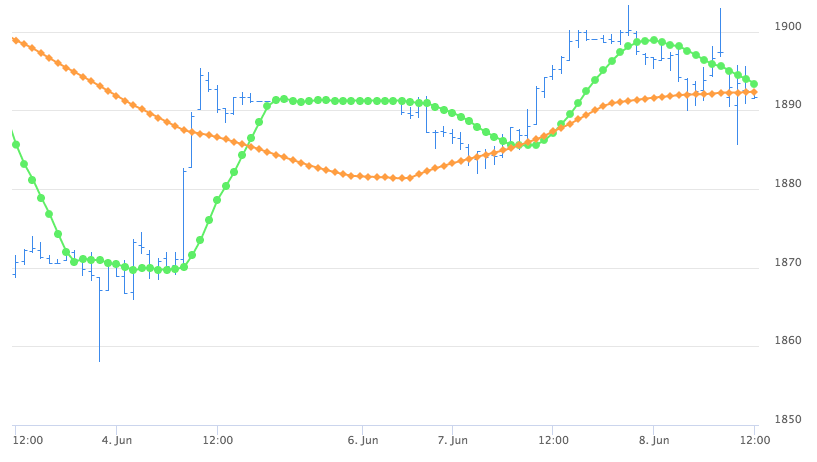